“I want to be a role model for a little girl that has bigger dreams and bigger goals.”

What keeps this busy college student coming back year after year? She says, “I think it’s really rewarding to see how you can really connect with the student and how even a little bit of time gets them so excited.”

Fernanda loves being a role model to students in the community where she grew up. “I had one of the kids that I mentor tell me that she wanted to go to TCU as well. That made me feel like I could be a role model for her – that she could look up to me, especially being a Hispanic student at TCU.”

Fernanda is the first to tell you she gets as much as she gives as an Academy 4 mentor. “I think it’s a great leadership opportunity! As you mentor a 4th grader, you are growing while they’re growing.”

While Fernanda forges her own bright future, she paints a beautiful roadmap to inspire the generation behind her. 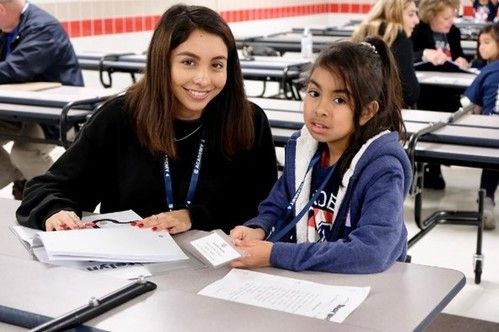 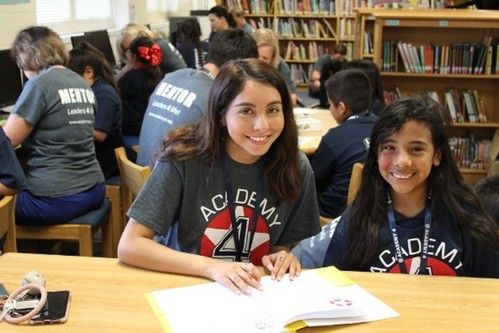